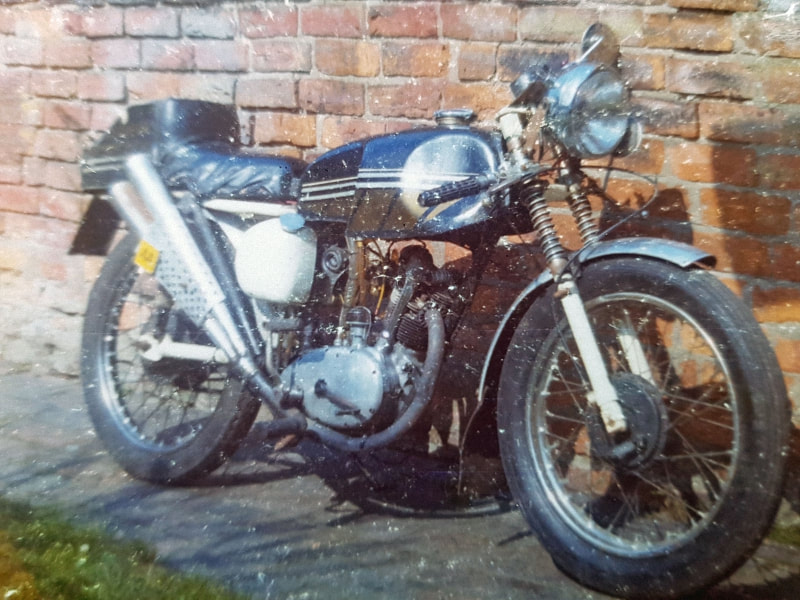 The picture of 'The Terror' Terrier on the TC&T pages prompted me to send you a photo of my first Triumph - a Tiger Cub.

I owned it for a short time in the 70s, having bought it from someone in the village of Hunsterson when I lived in Crewe. It was the start of owning Triumphs, a seed was planted!

I can't remember the exact year but I think it was about 1974-ish, and had it for about 7 months. It only cost me a set of points during my ownership but when I got it, it leaked oil for fun so I made new gaskets and just tightened up the nuts and screws making it oil tight.
It really went well and surprised a few of my mates that I rode with.

One confusing point was that some previous owner had rewired it and used orange wires for everything!
​
I used it till the last day of tax and mot, and then sold it to a dealer in Derrington Av., Crewe.

Does anyone recognise it?
It would be great to know if it's still out there.