​The start of the project, as found on eBay.
To solve this problem, we replaced the chain and built a tensioner using CAD and then a CNC machine to keep the chain from hitting the side of the case if it ever became loose.

The screw attached to the tensioner can be moved up and down in order to adjust the tension in the chain, ensuring it stays away from the cover even as it stretches more and requires the tensioner to take up more slack.
​Top End
Julian and John
The cylinder head was fully stripped, sandblasted then the valves were reground and the valve seats were re-cut.

We tried to 3D scan the existing valve cover and make a model in CREO but it did not work, so instead we took measurements of the valve cover and made another model in CREO to make on CNC.
Shock Absorbers
Our shocks were what are called twin-tube shock absorbers. They function to dampen because they have two cycles, compression (as the piston moves downward) and extension (as the piston moves upwards).
​
Compression is “easier” than extension, which helps eliminate bounce, effectively dampening the impact. The spring sits around the inner tube and inside the outer tube of the twin-tube shock-absorber, and supports the vehicle’s weight as the shock absorber dampens.
This would free the spring, washer and of course, the two clamps we would remove. Then we would be able to check the dampener and be sure that it was still functional.
​
We found a brass tube that was the same diameter as the washer so that we could compress the spring by pressing down on the tube. We then used the Milling machine to create a whole in the side of the brass tube that was large enough to remove the clamps through, but was not big enough to damage the structural integrity of the tool.

We had to be careful about this because if the tool were to fail when we were using it to compress the spring, it would have been very dangerous.
Luckily, it was a successful and safe operation, and the dampeners were functional. So our only task was to paint the dampeners and polish the clamps, and then reassemble using the same tool and the same process (just in reverse this time). 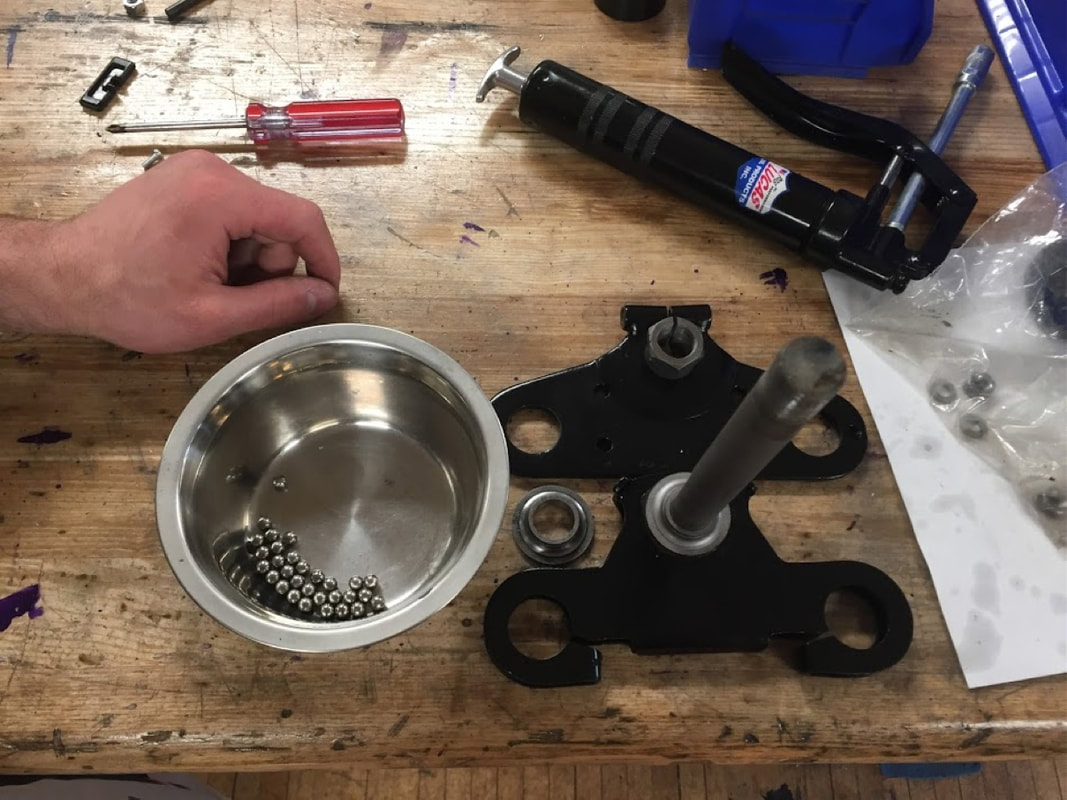 Wheels
Sydney and Rachel
​Gaskets
We had to hand make new gaskets for the engine covers of both the timing and clutch sides. To start, Laura and Elizabeth measured the positions of the engine cover holes using the milling machine.
Final Rebuild
​