Fitting a Craven Luggage Rack to a Cub
by Roy Shilling
A Craven rack (and a top box) is ideal for owners who want somewhere to store their sandwiches and flask (and other things) when riding out on their Tiger Cub. 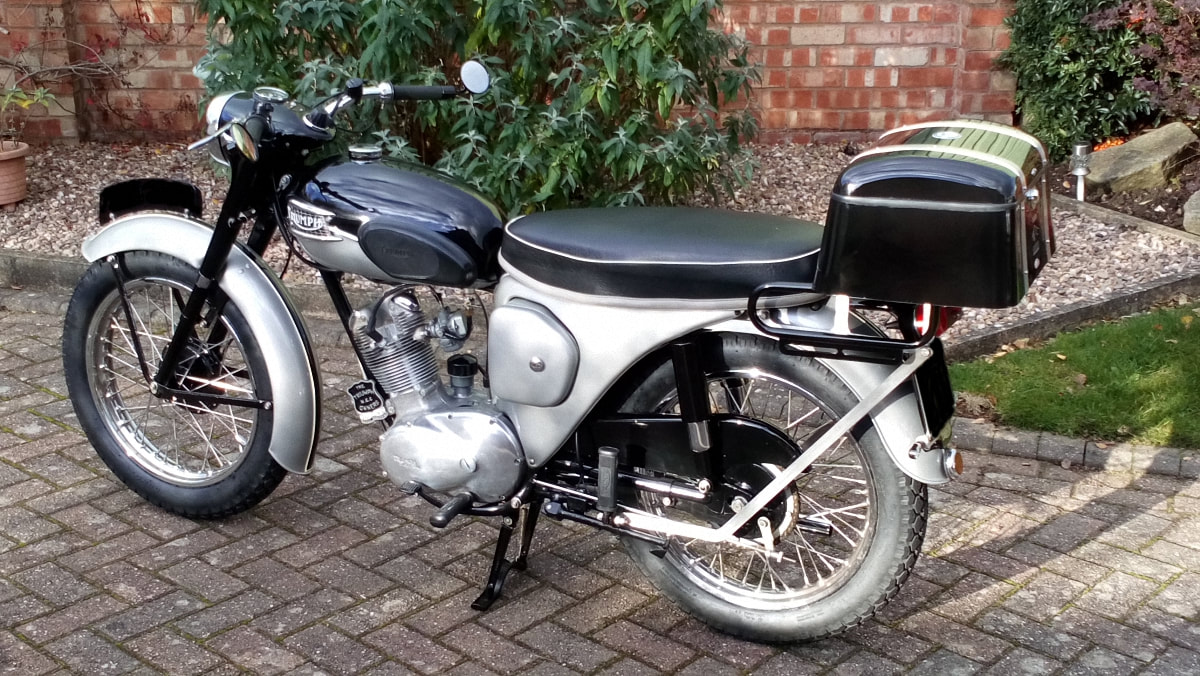 ​One of the famous names associated with British motorcycling, Craven Equipment was formed in 1952 by Ken Craven. Ken was a reporter who travelled hundreds of thousand of miles by motorcycle all over Europe and America whilst writing articles on his journeys. Even being shot at whilst reporting on the Spanish Civil War in 1937.

In 1946, the year after WWII came to an end, Ken created his first set of motorcycle panniers made from compressed fibre board. At that time the only luggage equipment available for motorcycles was ex-war department canvas panniers and demand for the more substantial Craven panniers grew quickly. With his undoubted experience of motorcycling abroad, a few years later Ken began to take other motorcyclists on "Parti-tours" to Europe.

On his retirement, Ken sold his Craven Equipment business to Stadium Ltd, who many may remember for their helmets and other motorcycle accessories. Since then, Ken's company has passed through a number of hands before eventually being bought by Draganfly Motorcycles in 2007. Draganfly, based in Bungay, Suffolk, then started the process of refurbishing the machine tools, jigs and moulds in order to start production, but as much of the equipment was in poor condition, it was 2011 before the first products began to appear.

In 2016 after several unproductive years working with outside companies to manufacture Craven’s fibreglass luggage, Draganfly made the big decision to take control of the entire process themselves and brought everything in-house from manufacture to assembly, quality control to dispatch. This move allowed them to control the entire process as well as develop new products.
​It's certainly given my Tiger Cub the storage capacity for all the sort of things I need when out riding. Not only that, it looks a really neat 'period' addition which I think compliments it a treat.