Sporting Tales of
Machines in Competition
The Terrier was widely used very successfully in many types of competition events straight from its introduction. But as production came to an end with the closing of the 1956 year it was to be the Tiger Cub that would carry the competitive flame of Triumph's small capacity machines onward; and it developed into what could well be described as Triumph's greatest and most successful motorcycle of all time. 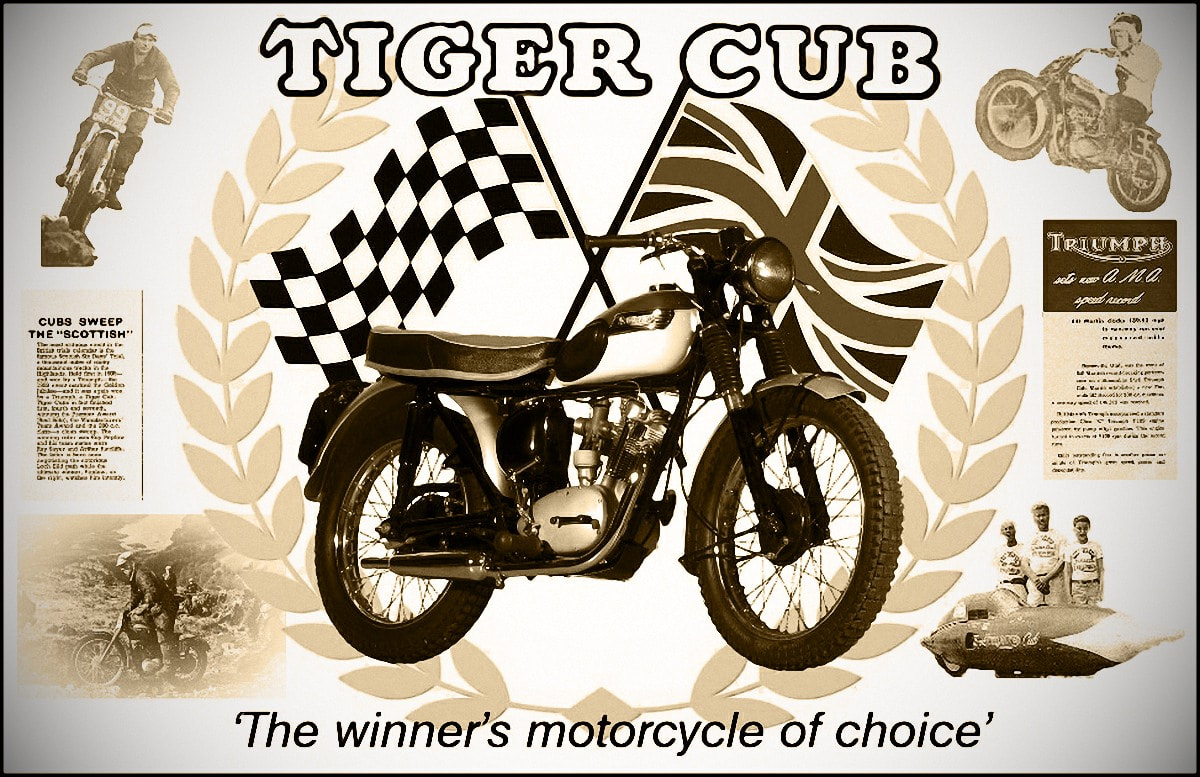 ​Within this section of the website are some of those achievements, along with individual stories from and about the people who rode them...