A T20C - probably!
by Max Jones
Hello Steve, Mike Estall suggested I give you a call (I've got his book) and tell you about my latest bike.
​
Well, it will be mine when this latest lockdown ends and I can collect it from my brother's garage, 90 miles away! 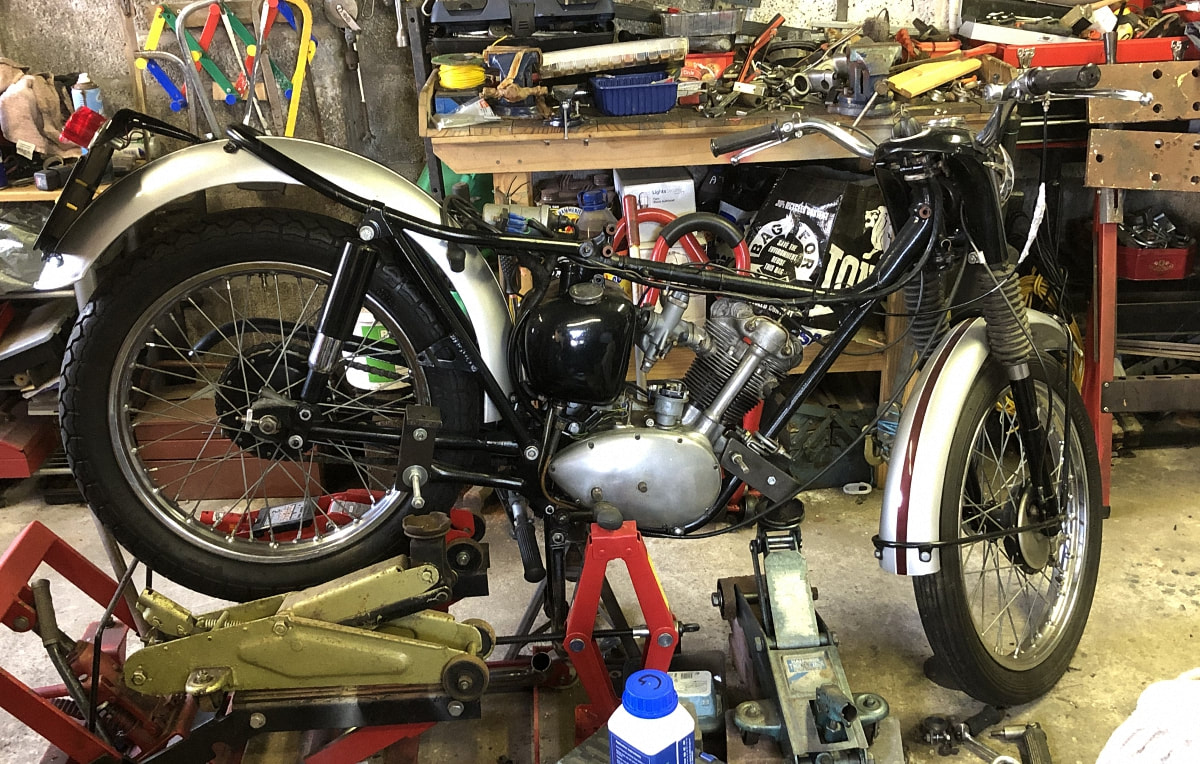 My brother, ten years older than me and nowhere near as good looking, was a mechanic and always had bikes, so I grew up with bikes all around and was 'instructed' in the necessary skills, such as hand lapping valves from an early age.
​
Now his 1957 Triumph Tiger Cub, partly dismantled due to a slight oil leak, comes to me for assembly and hopefully years of use before I and my wife (also a rider) get too old to kick start it, or the 1971 Daytona we already have.
​The plan is to get my wife, Jeanette, to learn to kick start a bike. She’s ridden bikes from a YB100 to a GL1000 but they all had electric starters. So the Cub is for her, but my fear is when she learns to start it she’ll make me ride it because it’s a right foot gear change and she’ll grab the key to the 1971 Daytona that’s been converted to left foot gears!

A couple of years ago I did a local ride (217 miles) on the Triumph Founders Rally on the Daytona with Jeanette following on her BMW K1200LT trike.  I lost her on a bendy bit of the A40 so I think she’d rather like to try the Daytona!