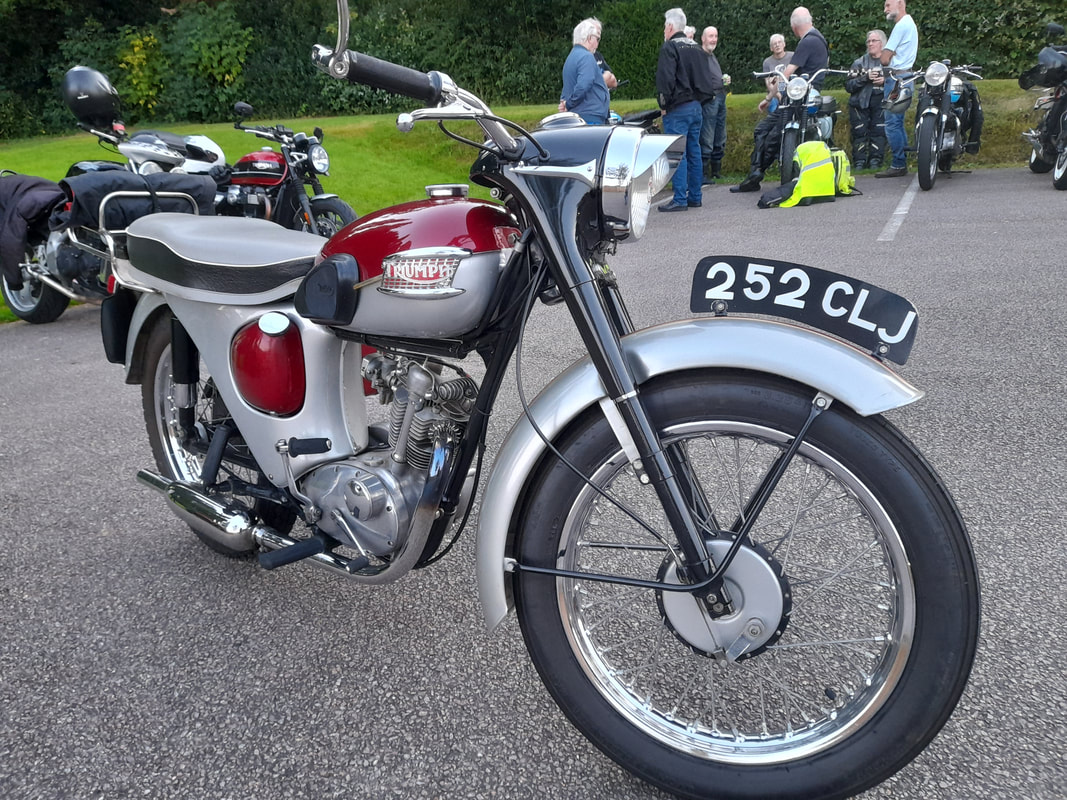 ​This story really started after a plumber's visit to TOMCC member and now Tiger Cub owner Ron Thorley's house to service a central heating boiler! The boiler was in a garage which also contained a number of motorcycles and the story begins...

A few days after the boiler service, there was a ring on the doorbell. It was the plumber asking Ron if he knew of anyone who would be interested in some old motorcycle bits. Seemingly his friend's dad was moving into sheltered accommodation and the house he had been living in had to be cleared. Not only the house, but a garage full of motorcycle bits and pieces.

In no time at all Ron was on his way to see what bits were there. The large garage was at the end of the garden and in it, amongst a selection of garden tools, implements and other things, he found shelves full of Tiger Cub parts along with a couple of Triumph Tina scooters in various stages of dismantlement on the floor. Also on the floor and covered by sheets, Ron discovered an immaculate Tiger Cub!

After seeing all this, Ron was quickly on the phone to fellow Meriden branch member Barry Heath asking if he would be willing to help clear the garage. The answer was a definite "yes" and in no time at all a deal was done. Barry arrived with his trailer, Ron took the Cub and Barry took the Tina's. Also with the Cub came a handwritten note, which Ron was told had been written by someone of the nickname 'Bob the Pole'.

By now you may be wondering why the title of this story is 'Benny's Tiger Cub' and not Ron's, and this is where it gets really interesting.

In Hughie Hancox's excellent book 'Tales of Triumph Motorcycles & The Meriden Factory', Hughie tells the tale of a man by the name of Benny Marshall, who's real name was Zenon Marzsalkowski originally from Warsaw in Poland. Benny had related his story to Hughie of the German advance into Poland during WWII and where he was captured as a sixteen-year old and forced to work in a German factory until he managed to escape and make his way to England. Once here, he promptly volunteered and returned to fight the Germans.

After the war, Benny took up a position in the repair shop at the Triumph works at Meriden, where Hughie worked alongside him. Later in the book, Hughie acknowledges him as "a Tiger Cub wizard".
​Before taking to the road, Ron also fitted a bar-end mirror, a chrome peak on the headlight and a rear luggage rack. The mirror for safety and the rack giving him somewhere to carry everything he needs when he's out riding and enjoying this somewhat unique Tiger Cub.