The beginning of a Terrier restoration
by Michael Cook 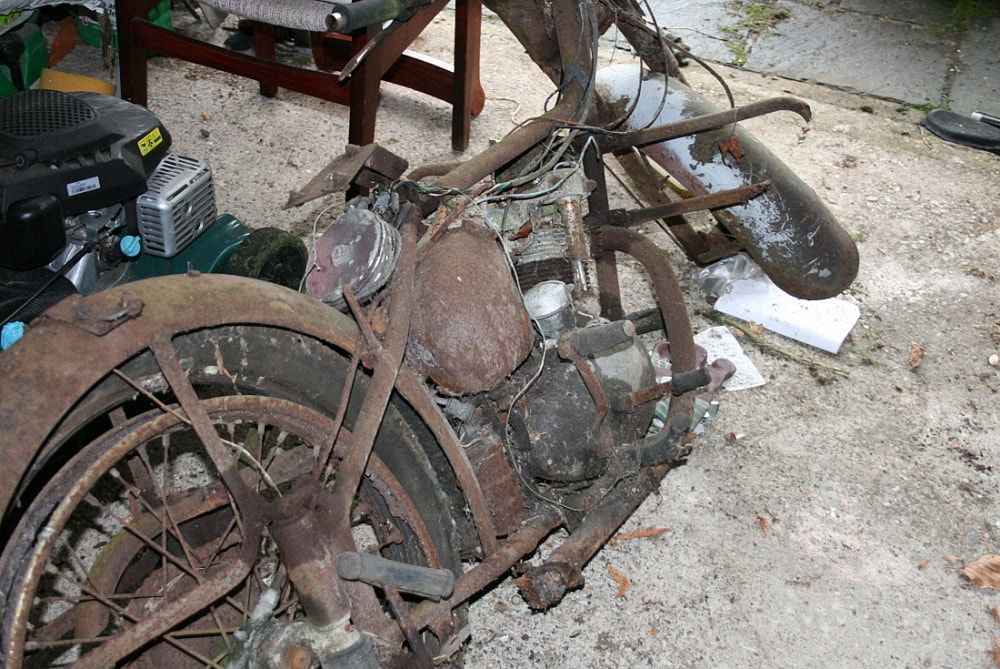 ​It's approaching the end of 2020 and I have just got my sister-in-laws old 1954/55 Terrier. It's in a mess as it's been stored inside and outside for years. The front wheel has rotted away although I still have the hub, and the back wheel is beyond saving. The petrol tank and seat are both missing.
​I would not have taken this bike on had it not been my sister-in-laws, but I remember her riding the bike back in the 1960's. My brother Alan had a Bonneville and at the time was a member of the Triumph Owners' Motorcycle Club. Pat, who later become his wife, was also a member of the owners' club. They met each other after being put together on a point to point meeting, started to date and ended up getting married.

Then children started to come along, the Bonneville had to go, and Pat's bike was last ridden about the mid 1960's. The bike was stored from place to place before beginning to fall into disrepair. It started to get left uncovered and that's where we are today, but both my brother Alan and his wife Pat are no longer with us, and that's how I have ended up with the bike.

But where do I begin?

I think I will start by spraying everything with WD40. Looking round it everything looks pretty good or at least restorable, perhaps with the exception of the front forks! 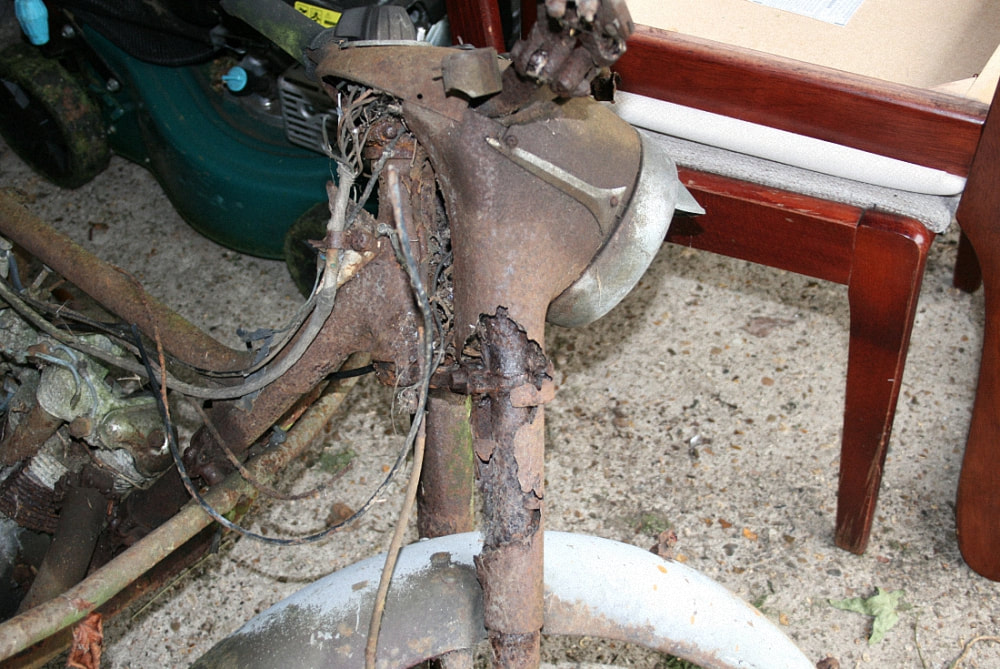 ​I think the hardest bits to get will be the battery/toolbox with door and the bit that goes under the headlight at the top of the folks.
​
But if there's any offers... 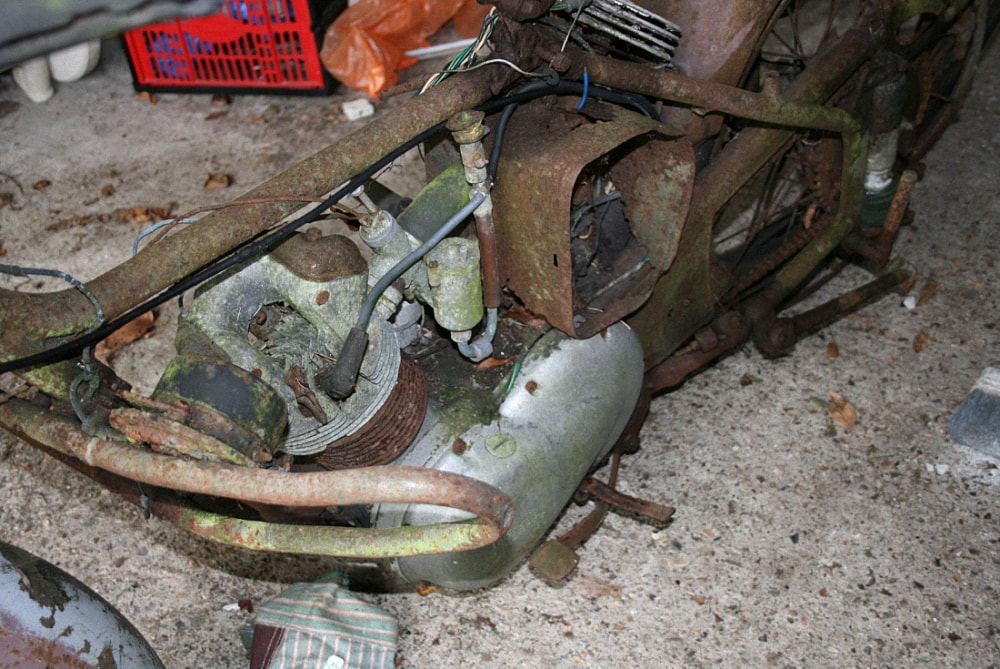 I now have back wheel and a petrol tank but still need a front wheel; and I think it would look great with just a single seat.
​
My son had a look at the bike and he was not that impressed. Do I see something different to him? I look at it and I can see what I can do with it.

​With the badly corroded section of frame removed, I cut a suitable piece of tube and  chamfered the mating surfaces ready for welding. 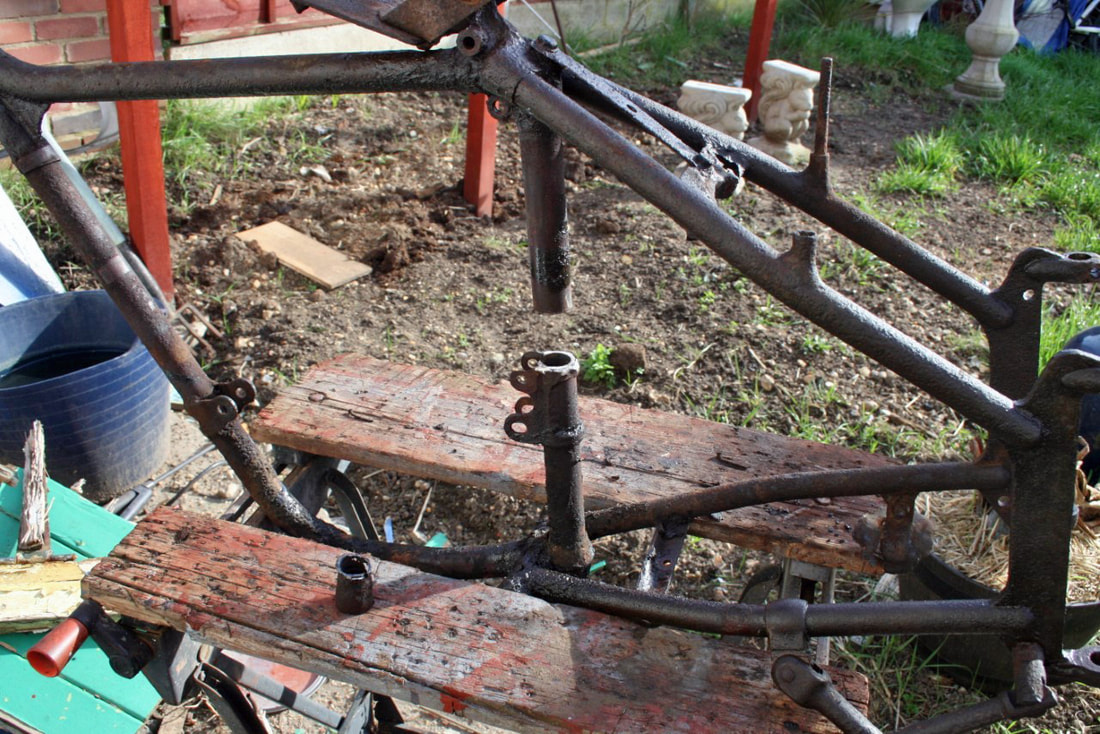 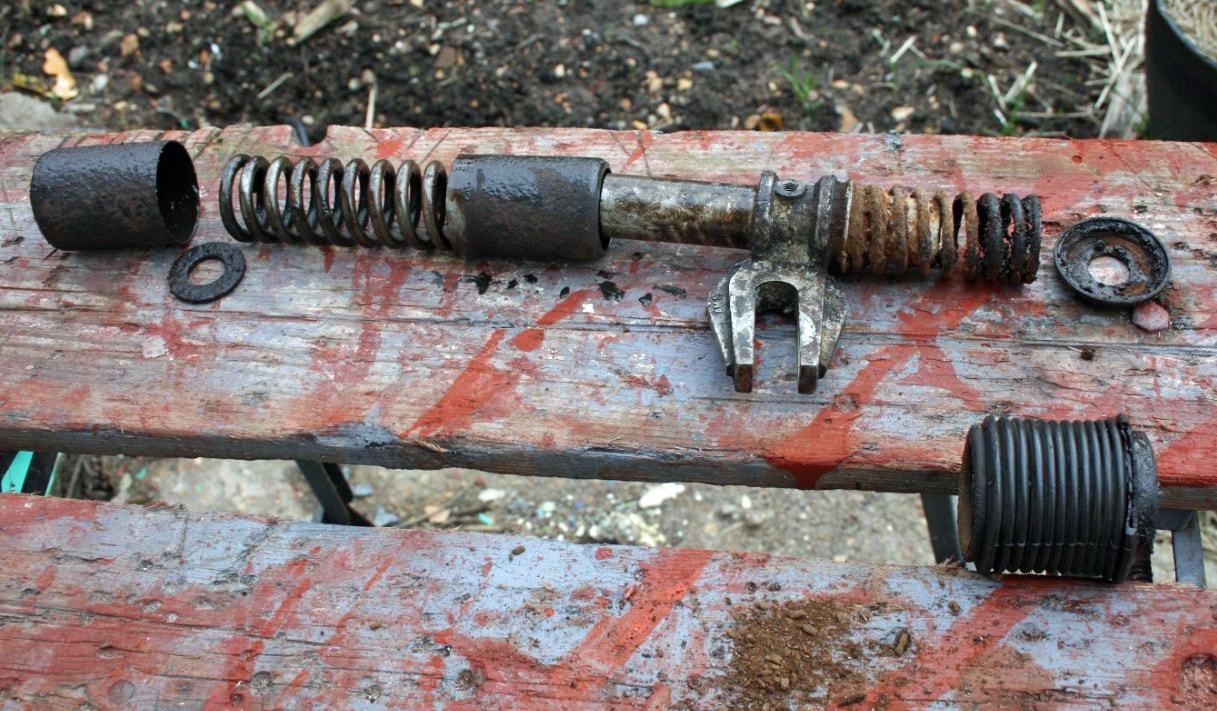 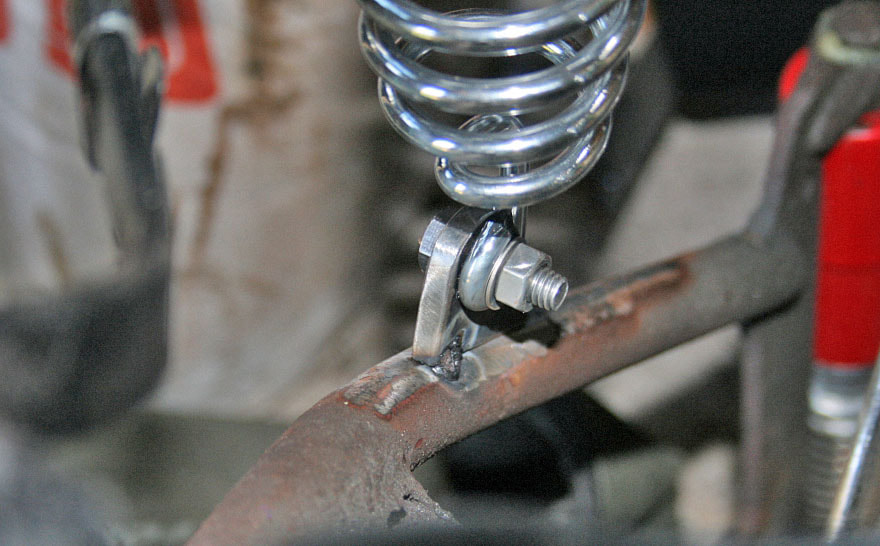 ​As the locating lugs for the seat springs had literally corroded away, I decided to make some new ones and weld them into place.
​
The top cross-piece on the frame had also seen far better days and had virtually rusted away, so I fabricated a new one and welded that in place too.