The Royal Ulster Constabulary Tiger Cubs
​With four batches of Police specification Tiger Cubs being delivered to them between 1957 to 1963, the RUC was Meriden's largest customer for these specialist machines, and although the Cubs were mainly used for Patrol Duties, they were also called upon for General Duties, as back-up machines when a station's larger machine was off-the-road, and in the Police Driving School.

​The following information has kindly been supplied by Errol Dunne. Errol joined the RUC in the 1950's and served for a total of just one month short of 43 years.

Whilst on Patrol Duties, riders would be called upon to deliver urgent despatches. With the Cubs assigned to General Duties, despatch riders would deliver mail between stations, especially in Belfast and Londonderry and in addition, if a station's larger machine was off-the-road often there might be no spare replacement, so a Tiger Cub would be given on loan.

In the Police Driving School, Cubs were used for training whereby trainees would go on a riding course on a small machine. The successful applicants would generally only have been allowed to ride a machine with up to that size of engine. Later on in their service they would then have to do a course on a bigger machine with anyone wishing to join the Traffic Branch also having to become an Advanced Rider/Driver.
Below are the details from the record cards for the first batch of machines delivered to the RUC in 1957.
​
Shown as 'Triumph Tiger Cub Motor Cycle', the first batch of Tiger Cubs to the Royal Ulster Constabulary were numbered from RUC No.312 (Reg. No. UZ 8439) to RUC No.340 (Reg No. UZ 8467).
​
Purchased from McIntyre Bros., May St., Belfast they were delivered on 15th January 1957.
​Cost per machine being £134. 19s. 6d. The colour of all the machines was listed as Grey. 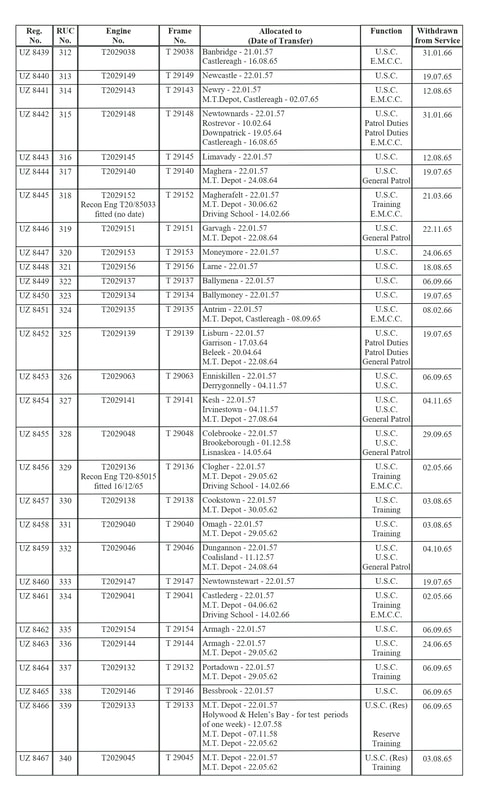 Possibly following on from the tests conducted with 770 BUE, the 1962/63 RUC machines generally came fitted with radio-telephone equipment. 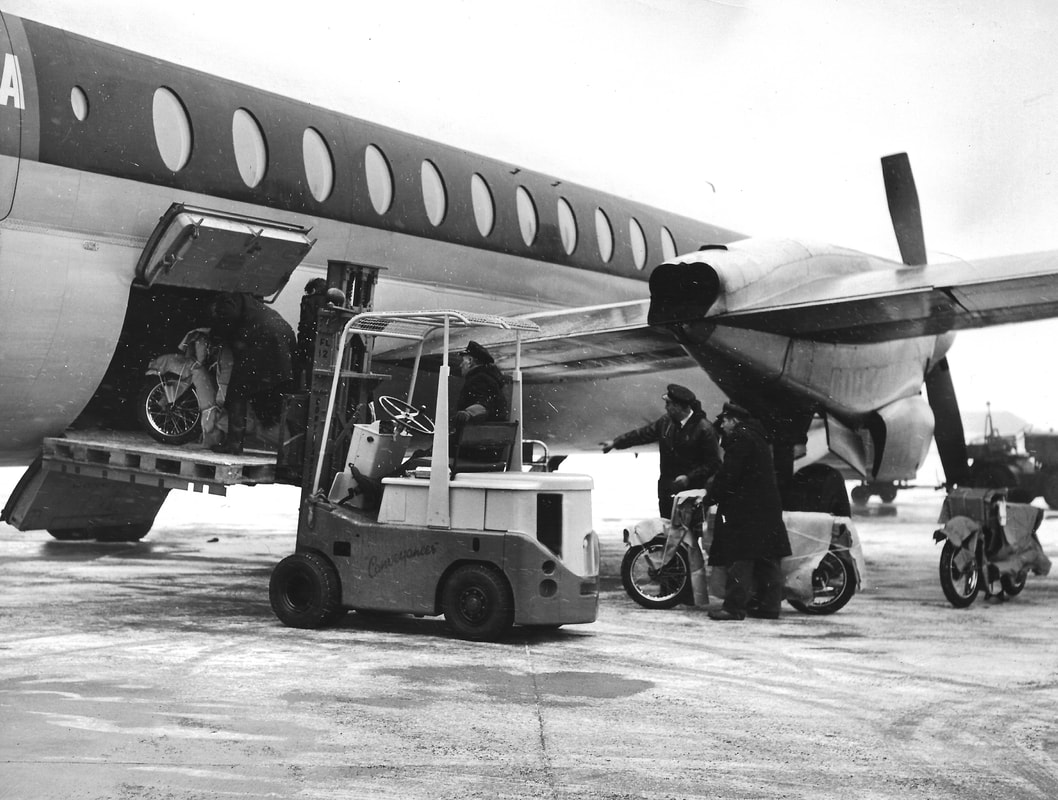 ​A 1961 headline from the Triumph press office stated...
"WHISPERING CUBS" FOR IRELAND
'Being loaded into a Vanguard aircraft at Manchester Airport are a batch of special motor cycles for the Royal Ulster Constabulary. They are 200cc Triumph Tiger Cubs fitted with large, absorption silencers which considerably reduce exhaust noise - an important consideration for patrol work at night. The motor cycles are also fitted for two-way radio. The Royal Ulster Constabulary now have 59 of these "Whispering Cubs" in service.'
Picture courtesy of the John. R Nelson Collection.
​A second batch of machines - RUC No.366 (Reg. No. 9614 CZ) to RUC No.398 (Reg. No. 9644 CZ) was again purchased from McIntyre Bros., May St., Belfast.
​
Shown in the records as 'Triumph 200cc Motor Cycle', machines up to RUC No. 392 (Reg. No. 9638 CZ) are marked as being delivered on 30th March 1962, with the exception of machine RUC No. 372 (Reg. No. 9620 CZ), which has no delivery date listed.

Machines from RUC No. 393 (Reg. No. 9639 CZ) are listed as being delivered on 2nd April 1962. No machine price is detailed on the invoices. The colour of all the machines is recorded as Grey/Black.

A third batch of machines was again purchased from McIntyre Bros., May St., Belfast with delivery on 4th February 1963. Machine cost was £151. 14s. 0d each and the colour listed as Grey/Black. 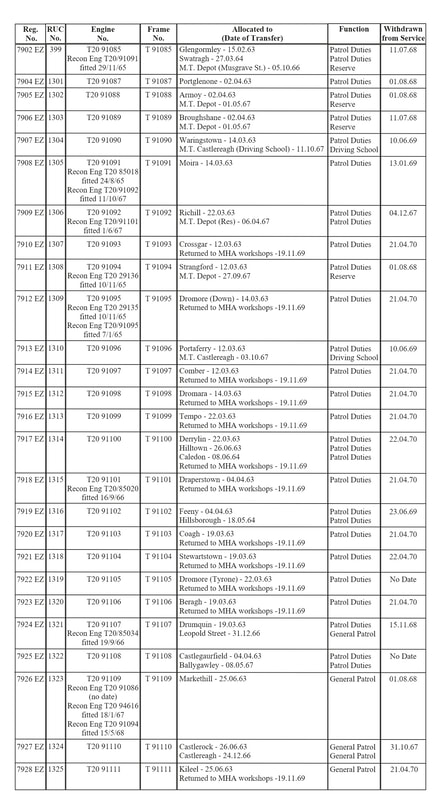 How many of these machines remain is not known. I do know one still exists, and if you know of more please do let me know.
steve@tigercubandterrier.com