Police Terriers & Tiger Cubs
​During the 1950's and 60's the Triumph factory marketed and supplied Terrier and Tiger Cub machines to a number of Police forces in Great Britain and around the world. By far the majority of these machines were Tiger Cubs and below is a picture and factory description of a Police model Tiger Cub from 1964.
Photo and information courtesy of the John R. Nelson Collection 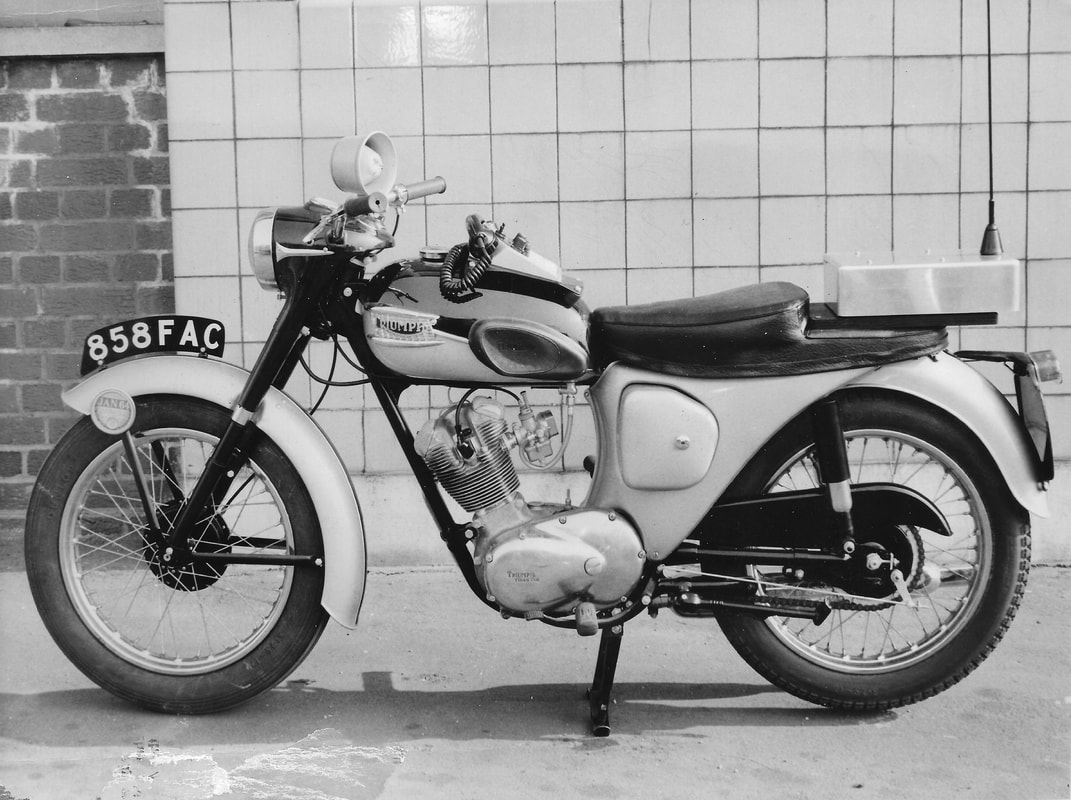 'Triumph 200cc. o.h.v. Single Cylinder Model TIGER CUB'
'This machine is ideal for Beat Patrol duties and features extreme silence, simplicity of control, lightness and outstanding economy. It is in Fleet use at Home and Overseas with Police and other Government Departments.
This model as shown at Hartley Wintney is built to Radio specification and is fitted with B.C.C. Radio equipment.
Various colour finishes are available to Police requirements.'
770 BUE
Picture courtesy of the John R. Nelson Collection 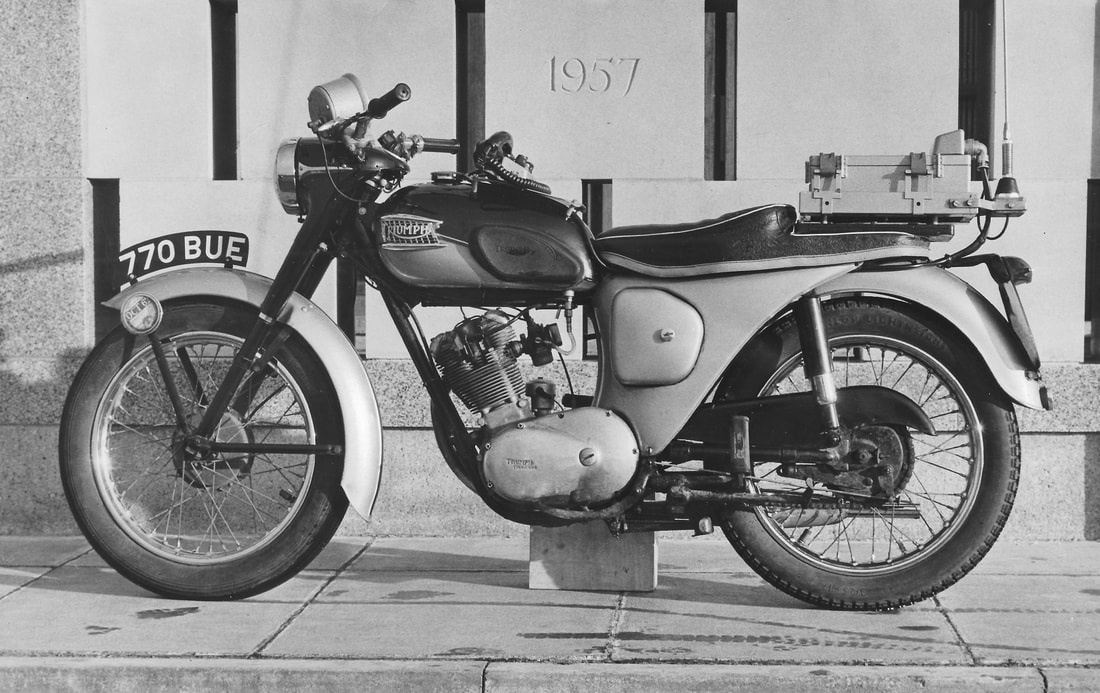 One particular Cub (770 BUE) was loaned out to Police Forces for evaluation. The machine is pictured in 1962, the tax disc showing 'Oct 62'. The engine and frame number is listed as T20 72269 meaning the machine is from the year 1961 production.

The telephone handset was fastened by screws to the top of fuel tanks specially manufactured with four threaded holes. Standard dual seats were stepped down at the rear allowing a platform on which to fasten the R/T power pack and aerial and to complete the installation, the machines came with amended wiring, a larger battery and a more powerful alternator to charge it all.
​
Other modifications included reinforced centre stands and larger silencers in an attempt to quieten down the Tiger Cub's 'growl'.
​The Force taking delivery of the most Police Tiger Cubs was the Royal Ulster Constabulary in Northern Ireland, with four batches of Tiger Cubs being supplied to them during the years 1957, 1962 and 1963.
​Click here for more information.