For a great many years during the first part of the 20th Century, motor vehicles were banned from using the island's roads. The story goes that the first bus to appear on the island was a 12-seater, which frightened a horse, causing a doctor to be tossed to the ground.

Following that incident a law was passed in the May of 1908 banning all motor vehicles, and it was to be 1946 before that ban was finally lifted (although exceptions had been made for American and British military vehicles during and after World War 2). Motorcycles, with the exception of Auto-bicycles, had not been included in the legislation and were still banned.

It was to be the early 1950s before motorcycles were to be included, and even then only with severe restrictions on their power and weight. In 1956, the regulations were amended once more and this time, motorcycles up to a capacity of 150cc were allowed. Ideal for Triumph's Terrier model, but what of the new 200cc Tiger Cub?

The solution came in the form of a special 'for Bermuda only' 150cc Tiger Cub. The reduction in capacity being achieved by the factory at Meriden producing special cylinders of a 57mm bore along with a larger spigot to fit the Cub crankcases.

Bermuda was one of the few places in the world where Triumph produced a special edition of its Tiger Cub!
​It didn't stop there though as this newspaper cutting from the Bermuda Mid-Ocean News dated April 25th 1986 sent in by Triumph Owners' Motorcycle Club member Dominic Kramer shows.
​
Tiger Cub popularity and enthusiasm is alive and well and is still ongoing today over 35 years after that report was published! 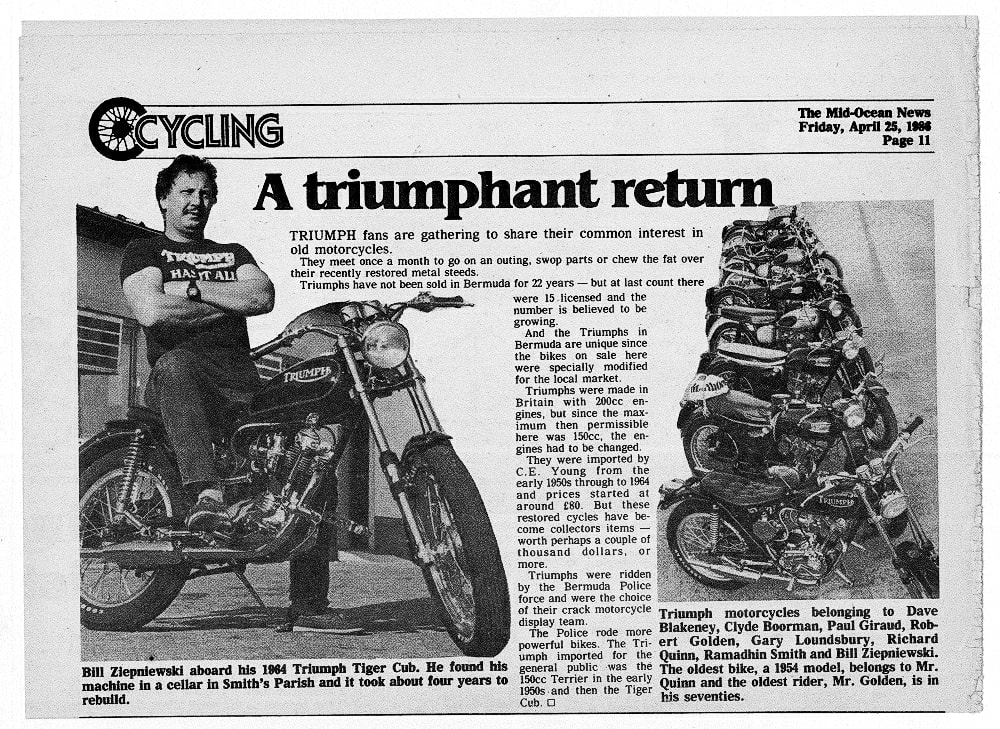