My Collection of Cubs
by Stuart Symonds 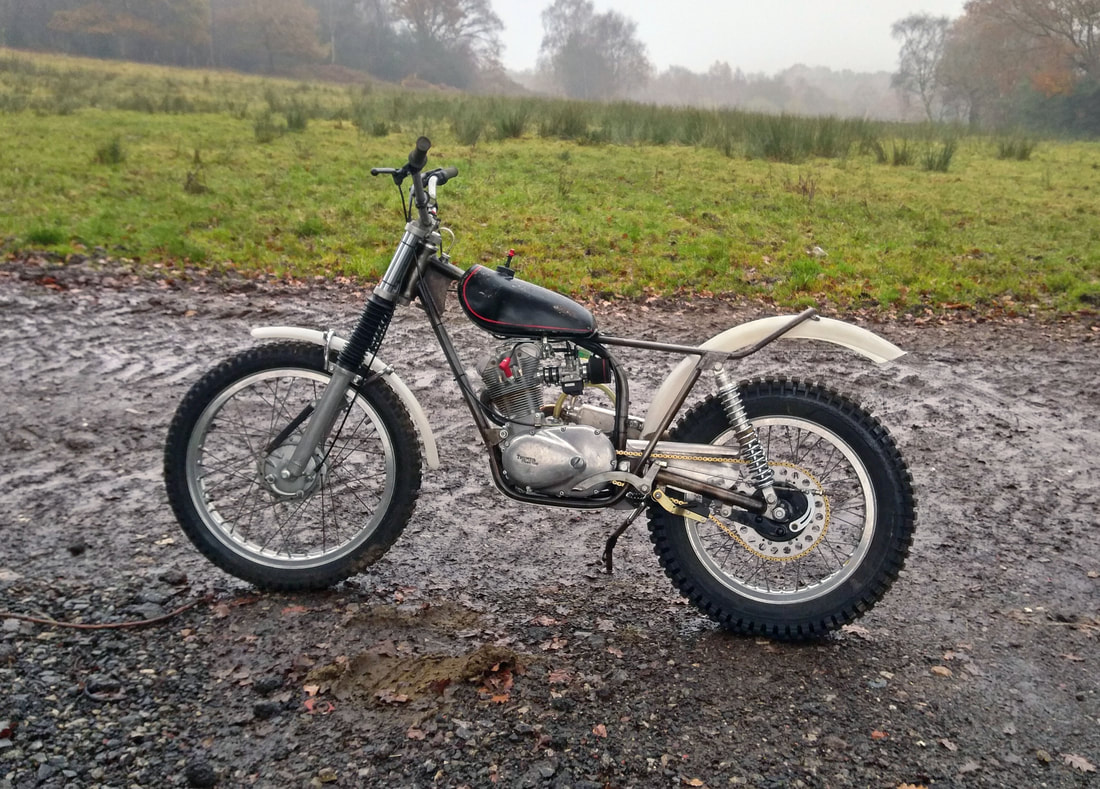 ​My oldest is my Paul Jackson framed Cub, which started life as poorly modified trials bike. It was the start of my Cub addiction and was also a massive learning curve with some serious spending, as not long after buying it the problems began, and I learned how far away from a good Cub my purchase was!
This led me to get an engine rebuild, and while that was happening, I found a Paul Jackson oil-in-frame to replace the original, got hold of some Montesa Cota 123 forks and yokes, had the wheels built with a widened rear hub and found some used Rockshox for the rear end.
The tank is from a Yamaha TY80. The engine spec is 'R' cam, big valve head, Keihin CVK carb, 220cc barrel, UPD clutch set up, 16t engine sprocket with 14t on the gearbox and 60t on the wheel, primary chain tensioner fitted, standard gearbox, Trico oil pump and Terry Weedy kicker arm. It runs standard Cub brake plates with fast action cam on the front.
I love abusing this bike, it rides great and can do far more than me! 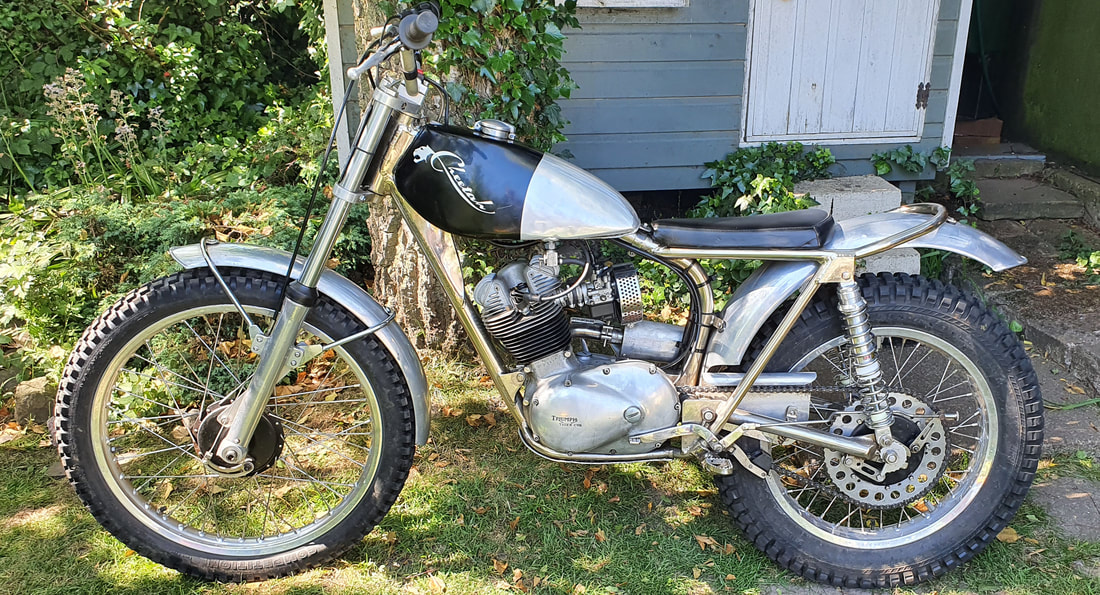 ​My next is a 1967/68 Cheetah Cub, the frame is chrome/nickel plated, alloy rims, Cub hubs and stainless spokes, Dellorto carb, original REH forks and Montesa yokes, 16t engine sprocket, 14t gearbox and 62 on the rear.
It has a PVL ignition and is a great looking bike, definitely eye candy...
​The engine is 218cc with PVL ignition mounted on pillars, sprocket access plate and pushrod access plate in the head, 'R' cam, standard box, 13t sprocket and 60t at the wheel, 8 plate clutch and extended clutch arm. There are a few other bits done on the engine as well.
I'm currently undecided on the carb and have still to fab up the peg mounts and brake pedal, but if all goes well it should be done before Xmas. I have tried to build this with as many used parts as possible.