​Fitting an oil filter kit to my Tiger Cub……… at last!
by Roy Shilling 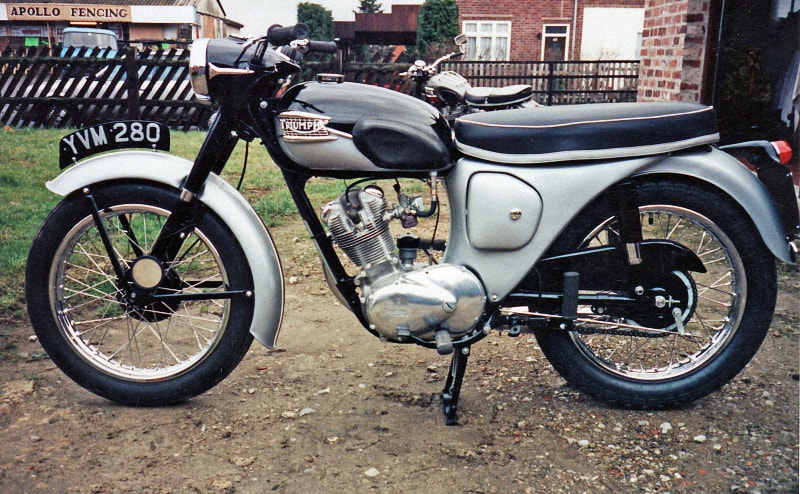 ​In 2019 when I bought my Tiger Cub back from Ron Burden, the chap I sold it to in 1996, my plan was to ride and enjoy it. But as we all know in todays’ traffic with a 200cc bike with only hand signals and reasonable brakes (the back one is amazing!), I had plans to bring it into the new millennium.
​
I had been given some ‘Devils Eyes’, LED indicators from a colleague at the Triumph factory and so they were fitted. I had also wanted a Craven rack and top box which with the help of Iain at Draganfly, we designed a new mounting arrangement and that job was ticked off.
However, there was still that thought that I wanted to fit an oil filter to the lubrication system.

Steve Jackson fitted a kit to his Cub (see 'Fitting External Oil Filter' elsewhere on this site), using a Commando filter head and spin on filter. It worked well on his bike but mine has the half bathtubs and space inside between the oil tank, battery box and rear mudguard is at a premium.

It went onto the back burner for a while until one day I was looking on Thunder Engineering’s web site and found that they (Steve Campbell) did some really neat, billet aluminium oil filter kits for pre-unit swing-arm 500/650 and unit 650 up to 1970. I could not see anything for the Cub or the rigid 500/650 models but I thought I could modify one to fit?

Thunder Engineering in Leicester will be known to members and owners of Meriden Triumphs because of his billet conrods and pre-unit crankcases, which he has been making for many years now. The oil filter kits were a later addition from about 3 years ago and because he has a late 1950’s 6T Thunderbird and 1968 TR6R, these two were used to develop the kits.

So, I thought I would give him a call to discuss my plan. I asked if he has considered making kits for Tiger Cub and rigid Triumph models, he said yes but had no bikes to do the development on. Well, would you believe I have both models here and would like to see what I can come up with? I arranged to go to his workshop so we could meet and talk oil filter kits...

After 4 hours, I managed to get out of the door with a bag full of different parts from the different kits he had already made. I was sure I could do something with them?
The 1950 6T Thunderbird was on the bench at the time and so that got the first looking at. I found a nice place to fit it, between the engine and gearbox. But that’s another story, this is about the Tiger Cub!
​I fabricated an aluminium bracket to fit the filter body on to the bike and that was given to Steve with the note that Tiger Cub oil pipes are 1/4” diameter.

When it came to change the oil, some weeks later, I called Steve and asked if he had been able to make the two kits, especially the Cub one as I was doing the oil change and wanted to fit it at the same time. The answer was yes and they arrived in the post the following day. Time to get the Cub on the bench and fit the kit. 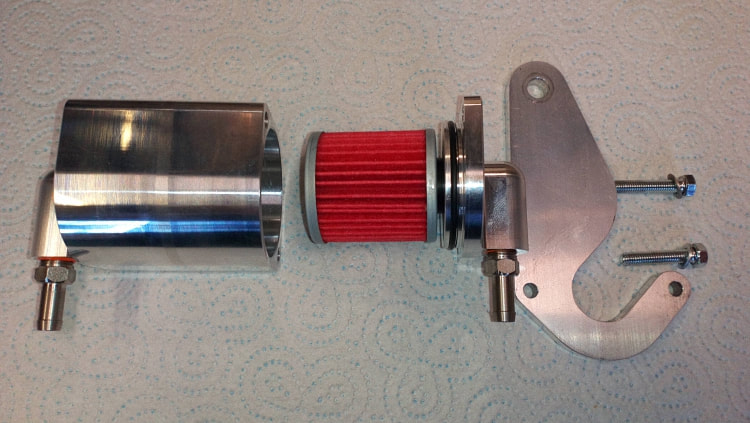 ​On opening the box, the new bracket CNC machined from my pattern looked just the part and the further I looked, I found all the parts supplied with the kit including; Mounting bracket, filter body and end cap, oil filter and ‘O’ ring seal (in filter box), 1 metre of 1/4” oil hose, 4 pipe clips, mounting bolt, nuts and fitting instructions. 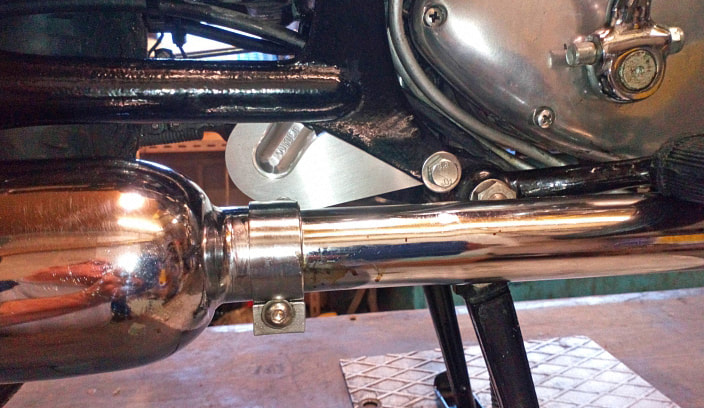 ​(Position of the oil filter can clearly be seen in these two pictures - from right hand side of bike and underneath view.) 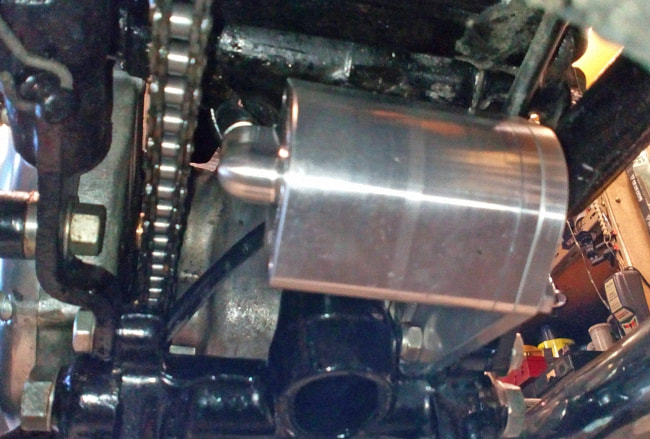 ​I really believe that fitting a proper, replaceable element oil filter to our Meriden bikes is one of the best (and cheapest?) up grades which will reap benefits for years to come. Christmas is coming and the dark days, could this be the best time, if you are considering fitting an oil filter to your pride and joy?