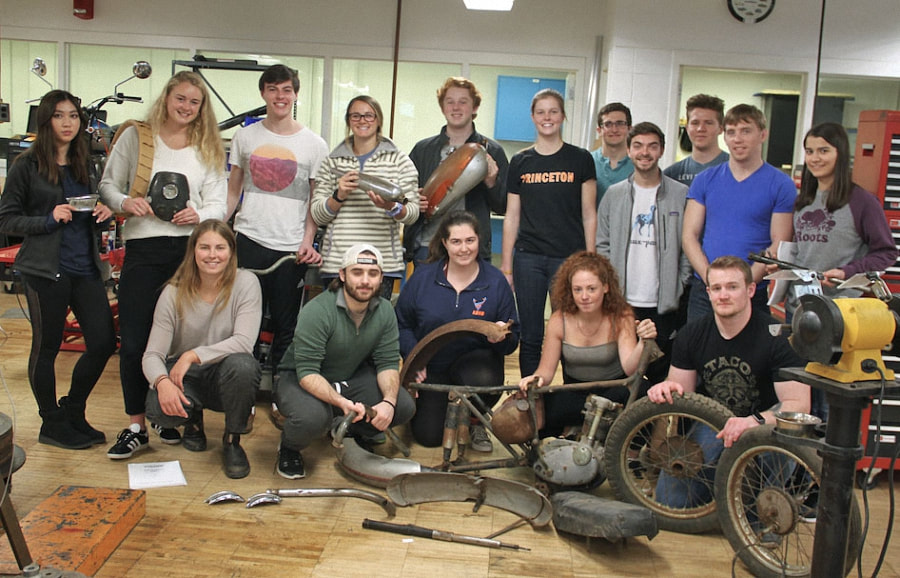 ​Shop Rules:
​The Carburetor
In the case of our motorcycle we used a carburetor not meant for our bike, so we had to design a new manifold in the correct configuration.
The main contribution we made to the design of the manifold was, after seeing the white trial version, telling Glenn that the angle should be increased from ten to twenty degrees.
This provided for greater clearance between the top of the carburetor and the bottom of the fuel tank. It worked perfectly.
​Thank you Glenn.

To assemble the carburetor, we first had to disassemble multiple carburetors to collect all of the parts we needed. We then cleaned these parts and assembled them into the one we were going to use. Next, we had to test it for leaks. We originally were going to use gasoline to test it, but then we were told we could just use water. We filled it with water, and our carburetor did not leak! Thus, we were done with our assembly.

When we arrived at class the next day, we found that our carburetor was disgusting. Apparently, we had not drained it out enough, and the water had some sort of precipitate in it so a strange white substance was left in the carburetor.
When we tried to clean it off, we scratched off the top layer of aluminum and it oxidized with the air, turning white. This led us to believe we had not fully cleaned our carburetor, so we spent the class with carburetor cleaner attempting to clean it out completely, until we realized that we already had! Finally, we reassembled it again, tested it on the red motorcycle, and it worked!
​
The moral of the story is that you should use the material meant to be in the part to test it. DON’T USE WATER.
Why cork?
One last question we had was why our clutch plates used cork. In our daily lives, we almost never see cork outside of wine bottles, yet here it was in this random engine part.
​Upon closer inspection, cork turns out to be an excellent material for this purpose because it has a high coefficient of friction, which determines how much force it can transmit when pushed or slid against something.

In the modern day, kevlar is frequently used as a clutch plate material because it has an even higher coefficient of static friction, and it lasts longer than cork.
Our Transmission
Our task was to take the transmission apart, clean it, inspect it for damage, and put it back together. When we examined it at first, it was not very clean. 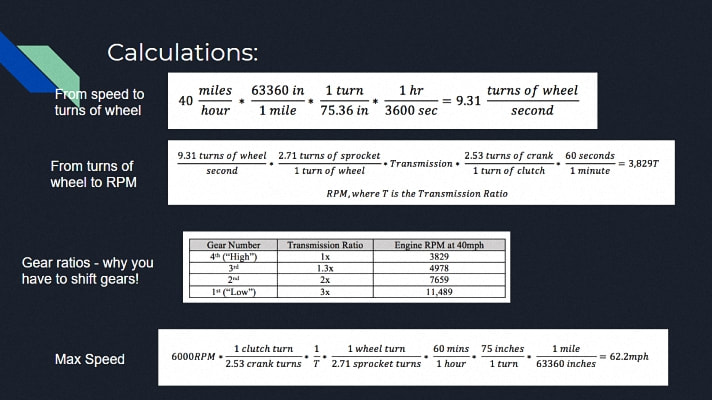 Bottom end: What We Did

At various points, there were multiple hubs in the mix: some from previous motorcycles, some from the 1963-2 Tiger Cub. While the hubs were being processed, we cleaned up other parts including: the screws, the axles, and other hardware.
When we got the hubs back, we began to put the spokes on the wheel.
Final Rebuild 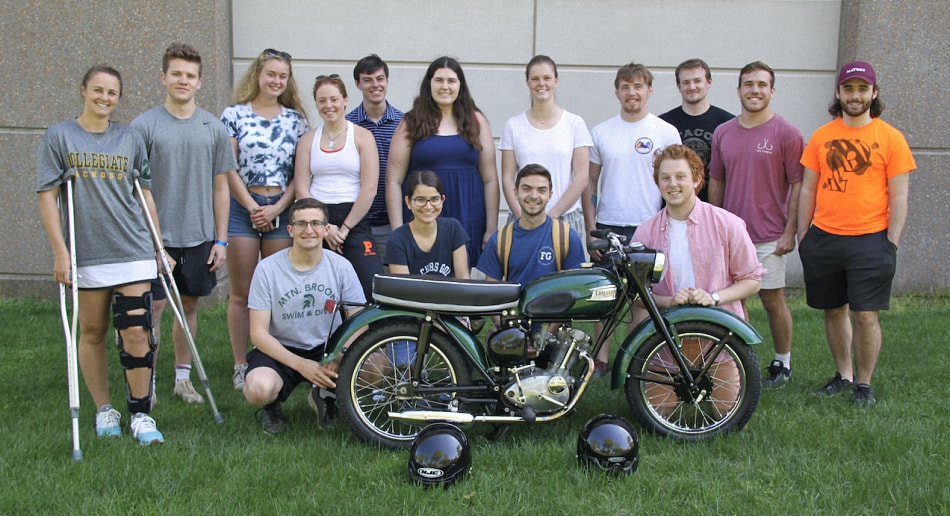