Back to my Teens
by John Willsdon
​I was in my late teens when I first came across Cubs and Bantams. These were essentially the bikes my friends and I rode. I actually started out on a BSA C15 (probably shouldn't have mentioned that!).

On leaving for university, I returned home one weekend to discover the bike had gone and a Mini was sitting in its place. While having a keen interest in classic bikes thereafter, I never owned another bike until I bought a Bantam back in August 2019 to ride, but also as an investment.
I then decided to sit my motor bike test(s) and passed the last one in November 2019. That's when I got my Kawasaki ER6F Ninja, since upgraded to a Kwak z1000xs.

I always kept an eye out for a Cub and came across this one in the March 2021 edition of Classic Bikes. I fell in love with it immediately, despite the fact that it was hundreds of miles away (it was in the south west of England and I'm the north east of Scotland) and there was no way I could see it in person before deciding whether to buy or not. 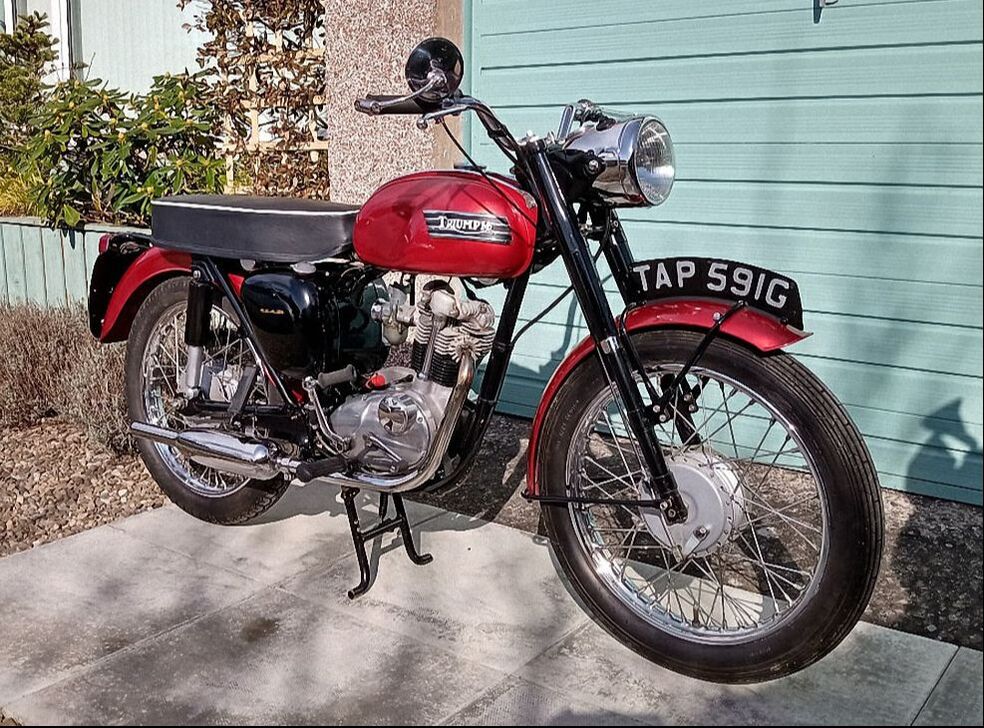 ​Several phone calls to the seller later and I agreed to buy it. Waiting for it to be delivered was nerve racking, but it eventually appeared looking as good (if not even better) in the flesh. I've ridden it regularly in the countryside where I live and it usually starts first kick (having tickled the carb first) and it rides well. Also, absolutely no oil drips! It always turns heads, especially among men of a certain age!!

I have quite a few friends locally who have a range of classic bikes including one Cub, which has yet to be restored (a project started 20 odd years ago and not really progressed that much).
Hopefully, my pristine Cub will inspire the owner to get on with it.
If anyone recognises the bike, I would love to get more of it's history. The registration letter is G, which would suggest the bike was first registered in 1968/9. However, DVLA show the bike as being a 1966 registration. The V5 confuses matters even more by stating that the bike was first registered in the UK in February 1994.

The frame and engine numbers match as T20B 4970 (which tie with the 1968/9 production dates above). I wonder if it might have been overseas (Ireland?) for a while?
​
If you do recognise this bike, please get in touch at steve@tigercubandterrier.com