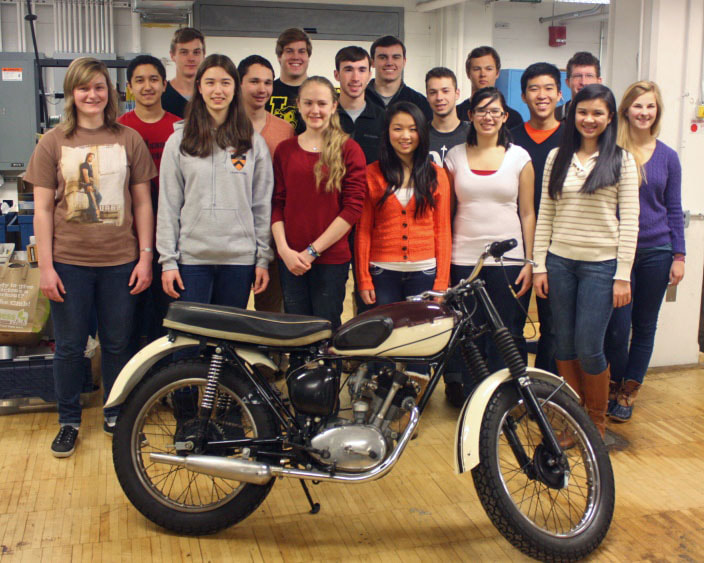 List of Problems ….
The transmission as it is assembled here is as it would be inside the engine in third gear. The selector fork has pushed the top gear to the left, engaging it with the another gear, and putting the assembly in third gear.
​
Also shown is the shifter plate, which has channels to guide the rollers on the selector forks to the proper position. The notches on the end of the plate are called detents, and a spring inside the engine slips into those detents to lock the plate in place so that it will not accidentally slip out.
​
Clutch
Team - Andrew, Dan, and Danny
​Pics show:
Clutch in pieces
Back Plate – connected to main shaft and transfer rotational energy from clutch basket to transmission.
Clutch Basket – houses the clutch plates and is connected to primary chain. Specs: 48 teeth (vs. 18 on engine sprocket) Ratio: 2.67 / 1

​Cylinder Barrel
Our cylinder was originally 20 over (0.020”). The piston and piston rings had a big gap however so we decided we needed to go up a piston size to 0.030”.
The gap needs to be small in order to seal the chamber and keep oil from leaking past. Also, if there are sharp edges (such as the end of the rings if the gap is too big), heat will concentrate in these areas.
​Afterwards, we hung it up to dry. The spray paint used was specifically designed to withstand the high temperatures of a combustion engine.
Cylinder Head
The valve guides were found to be worn and it is very important to get two things right when servicing the valves; the alignment of the valve guides has to be perfect and the valve seats has to fit onto the valves perfectly so as to seal correctly.

Glenn assisted us with aligning the valve guides, since this had to be incredibly accurate and was awkwardly located on the inside of the cylinder head.
Painting and the final Rebuild 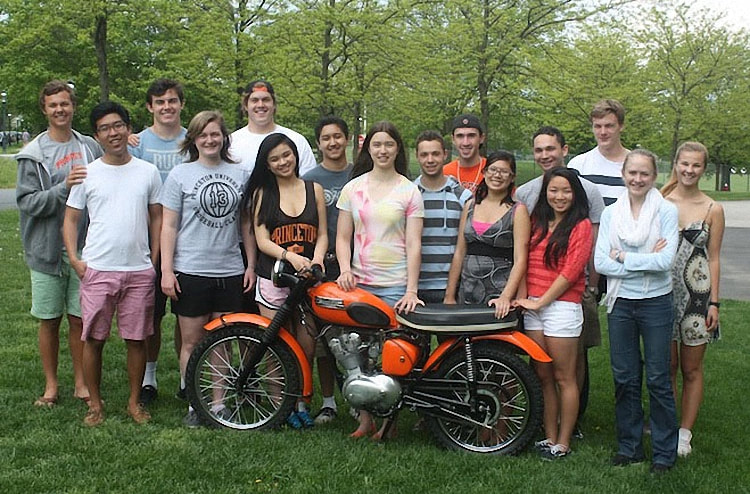