Lucas Energy Transfer System
​A number of Tiger Cub models utilised a Lucas manufactured Energy Transfer ignition system that allowed the machines to run with lights if required but without the need for a battery.
Here is an explanation of exactly what it is and how it works. 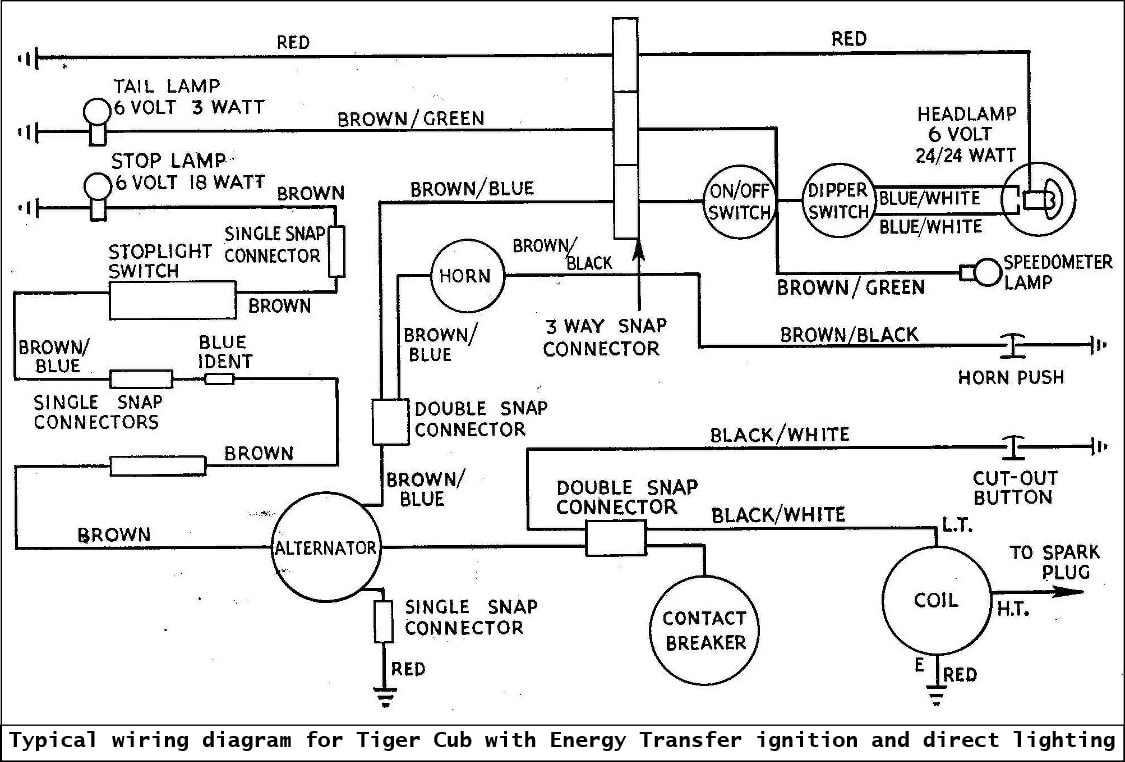 ​First off it's fair to say the system has come in for quite a lot of criticism over the years leading to many people thinking of it as unreliable and troublesome, and yet when all the components are in good condition (as when the machine was new), are well maintained and adjusted correctly, it works exactly as it was designed to.

It was developed for a number of competition motorcycles and those used off-road as a replacement for heavy and bulky magnetos making it ideal for use on lightweight Tiger Cub models, with the added advantage of being able to generate enough electricity to power the machine's lights if required.

The system consists of a specially-wound alternator and coil, and a contact breaker assembly designed to open for only a short amount of time.
​Earlier in this article, I mentioned the system has come in for quite a bit of criticism over the years as being unreliable. One reason for this is the fact that at kick-starting speed, the peak voltage from the alternator winding is pretty weak, and consequently so is the spark at the plug; and any weakness anywhere in the wiring, connectors or the system in general will exacerbate this.

As the machines got older and perhaps less well looked after or maintained, starting and running problems came to the fore as the energy transfer system components just got 'worn out'. Alternator wiring deteriorated, perhaps the rotor lost some of its magnetism, contact breaker points got neglected, there were dirty or broken connections somewhere on the machine. Singularly or combined they all led to starting/running problems and it's not hard to understand why people started thinking the system was unreliable.

I suppose the moral of this story has to be, 'Make sure everything is in top condition and adjusted correctly'.