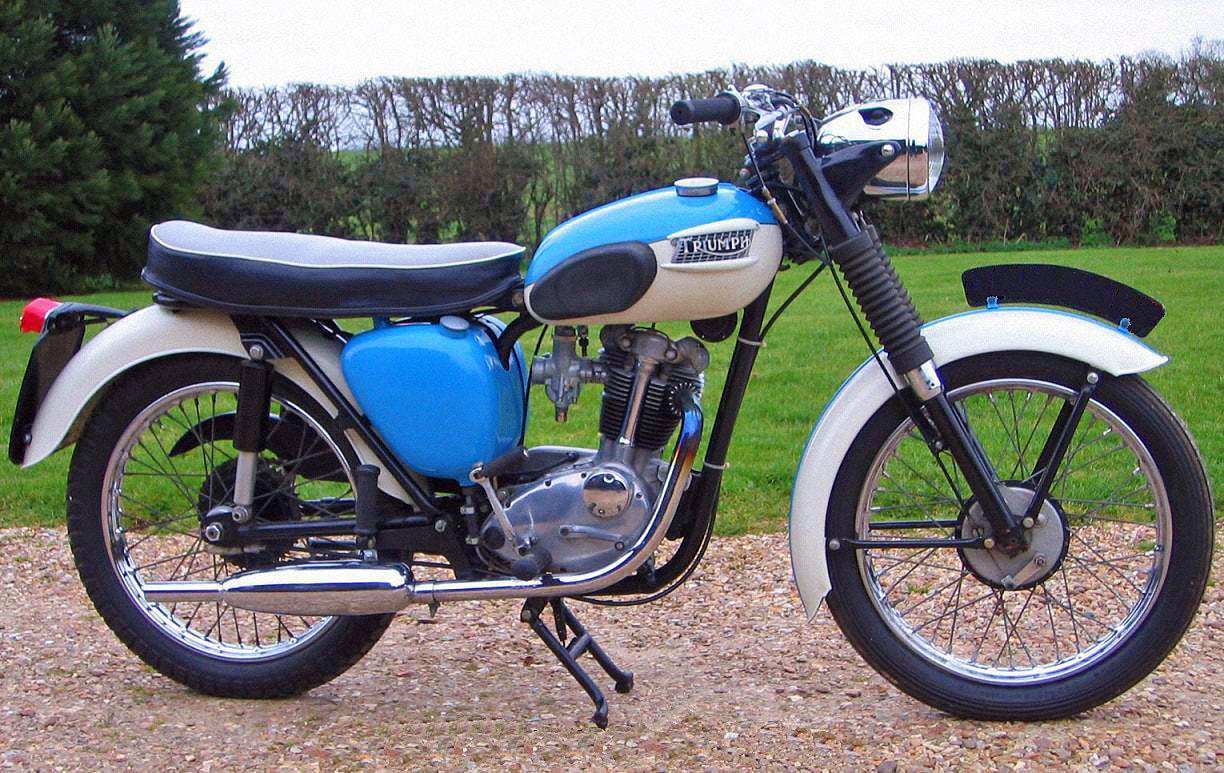 ​Following the move of Tiger Cub production to the BSA plant at Small Heath, Birmingham as detailed elsewhere on this website, by 1966 the Tiger Cub model as everyone had known it was coming to an end. Plans had been put in place by BSA management to replace the standard T20 Cub with something else, although production of the 'Sports' Cub would continue for a little while longer. In some ways it made economic sense, as instead of having to produce two totally different frames and cycle parts, modified Bantam items would suffice to cover two totally different machines. The two-stroke Bantam and the four-stroke Cub.

​The first of the new T20B models was announced in September 1965 and was made up of D7 Bantam cycle parts, the engine mountings on the frame being modified to accept the Tiger Cub engine along with provision for an oil tank. The Bantam petrol tank was used but with the Triumph 'mouth organ' badge. The exhaust pipe routed slightly differently and the silencer was changed also as the new pipe's entry into it had to be off-centre to the outside.
Gone was the famous Triumph Nacelle, to be replaced by a chrome plated headlamp. The wheels front and rear were 18 inch, although kept the same single-sided brake drums as the Tiger Cub. 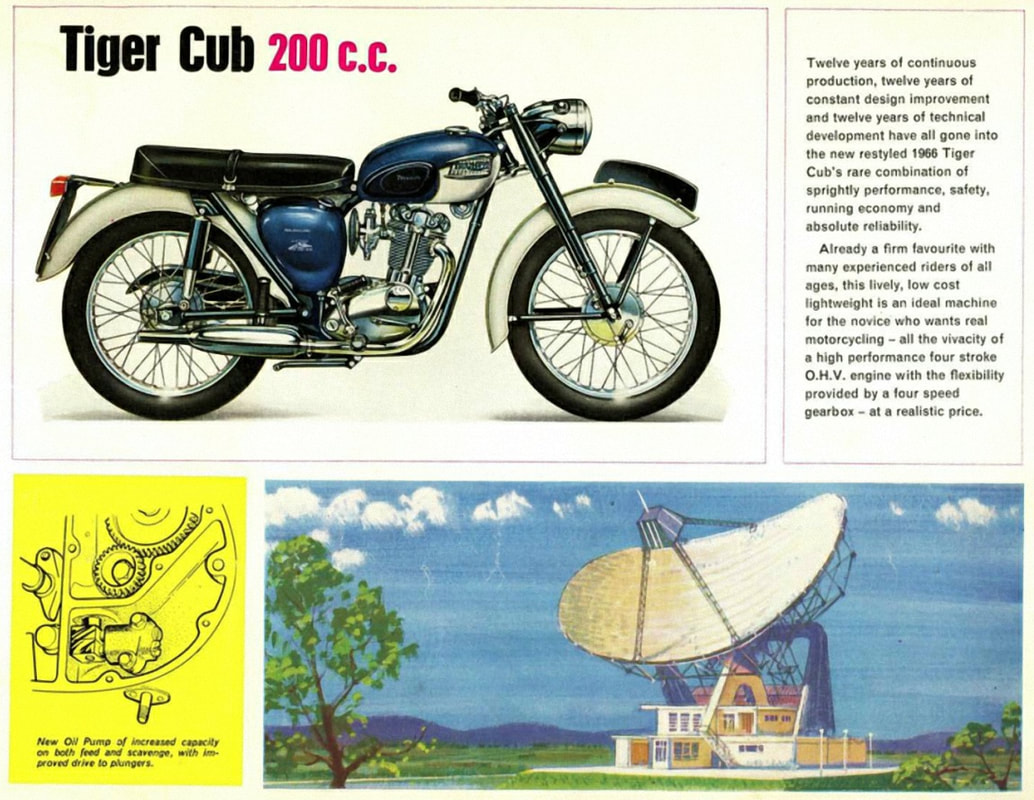 It was in fact a good machine, it had the final development of the Cub engine and the chassis handled really well. The styling though was very different to the Tiger Cub's and perhaps one of personal taste.
Interestingly some sales brochures still listed it as a Tiger Cub without any reference to the T20B model code.
​
​The two-tone colour of the T20B was Nutley Blue and Alaskan White.