Finally after 56 years!
by David Broome
​Here's a pic of my recently acquired Tiger Cub, as on my 70th birthday I decided to buy the bike I had lusted over as a 16 year old schoolboy in 1965. 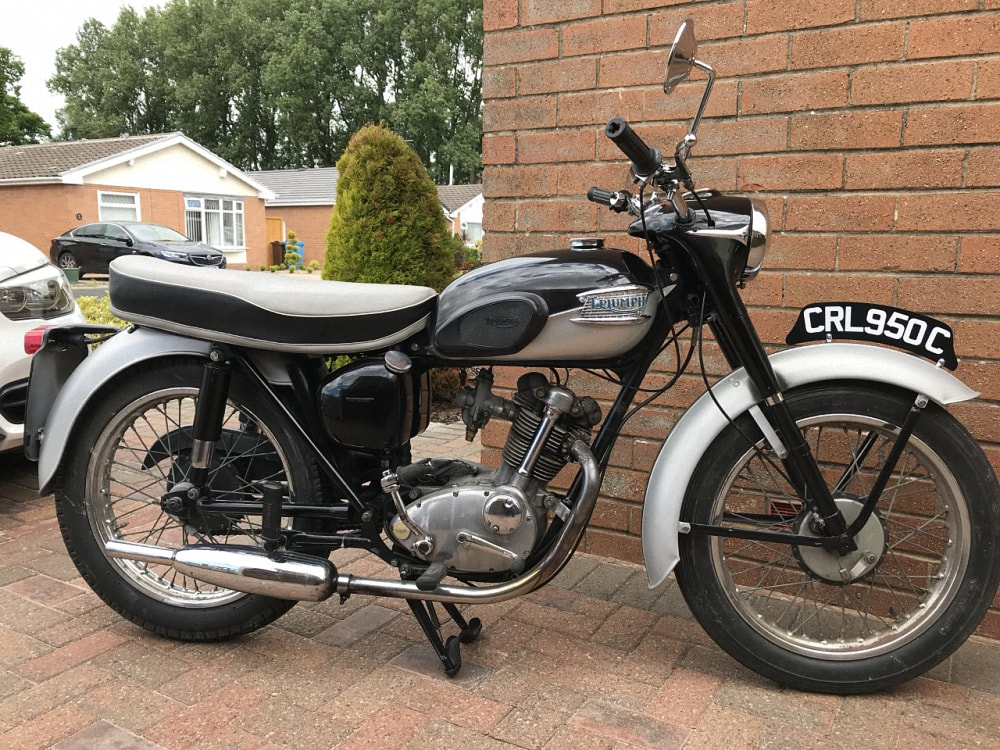 ​I never got the chance to own a bike due to breaking my right leg three times in 3 years playing football. My parents and the doc's strongly advised against it as my leg was left in a weakened state. Then marriage and kids happened and the bike was put on the back burner, but I decided that by 70 the idea had simmered long enough.

All I had to do then was buy it and pass my full bike test. Simple I thought, but not quite, as it took a lot of lessons on a 600cc Yamaha Fazer and three goes at the road driving part of the test.
I spent quite a few months getting the bike fit for the road and re-spraying the paint work. The more technical faults were done by Simons Motor Cycle repairs in Thornton, Lancs.

Success though, and I am now enjoying the Tiger Cub I had longed for, for 56 years!